The one standard narrative feature, to date, written and directed by Luke Hyams, Xmoor is a film that I was mentally defending while watching it, yet found myself unable to do so once the end credits rolled. In fact, the more time passed since I watched it, and it has been a good few hours now, the more I found myself getting really quite angry at it.

The plot, initially, is about two people, Georgia (Melia Kreiling) and Matt (Nick Blood), visiting Exmoor in an attempt to capture footage of a big cat that has apparently been seen prowling the area. They're joined by Fox (Mark Bonnar), a hunter who is going to help them as they wander the countryside. That's the plan anyway.

I'd say that the main problem with Xmoor is that it has a few too many ideas in the mix, but that's not quite right. The problem is that it adds a few too many ideas at the expense of everything else. The first third has some interesting moments, showing Georgia and Matt learning that there is more to the situation than they first suspected, and also learning that Fox was already aware of the circumstances. It then keeps twisting and turning in a way that constantly feels unnecessary, adding nothing of actual value to the storyline, which feels padded out, despite the relatively brief runtime.

The big plus here is that, despite the temptation, Hyams has not gone for a found footage approach here. That's genuinely admirable, considering the premise and the fact that it may well have saved him a bit of money. Mind you, as unengaging and dull as it is now, I hate to think how awful this would have been if done in that style.

Kreiling, Blood, and Bonnar are all left hanging by the script. Bonnar is the best thing in the film, and even he can't do enough to make his character better, or help lift the whole thing. Kreiling and Blood may not be terrible, but they're not that good either. Both of them are too bland to make much of an impact, which makes it impossible to care about them when things start to inevitably go sideways.

Hyams shows that he has potential, at least in terms of a couple of the ideas that he has thrown in the mix, and I'd definitely watch other films from him as he learns more about translating his ideas into cinematic moments. It's the execution that lets him down. What could have been a tight and interesting little thriller is instead turned into something a bit too messy, and a bit too ridiculous, to succeed.

That anger that was building up earlier? It has faded again by the time I have written this much about the film. Xmoor feels misguided, as opposed to cynically cobbled together with all the wrong intentions, but that doesn't help viewers have a better time with the end result. 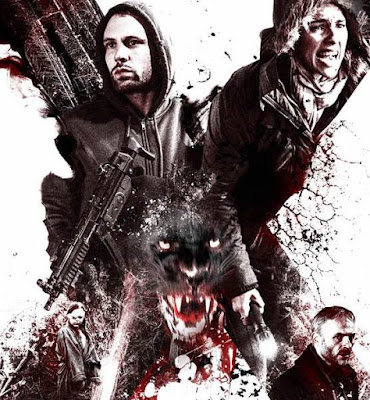