Although I am giving the main credit here to director Claire Denis, and co-writer Jean-Pol Fargeau, High Life is very much a collaborative effort. Well . . . every film is, but it's important to acknowledge the variety of minds at work on various aspects of this one, from novelist Nick Laird to physicist Aurélien Barrau, as well as artist Olafur Eliasson, responsible for the design of the main spacecraft in the film. And the cast all do well to trust the creators as they do their bit in a film that is certainly a very different kind of science fiction adventure.

Which isn't to say it's really all that great. I seem to be at odds with the general consensus on Denis, admiring her work rather than actually enjoying it, and finding myself won over more by something like White Material than Beau Travail. Of course, those are the only ones I can recall having seen. Until now.

Lots of people raved about High Life. It garnered plenty of great reviews, the cast were all applauded for their work (particularly Robert Pattinson, continuing his move further and further away from the vapid vampire nonsense that made him a huge box office draw), so my opinion doesn't really matter, not in the great scheme of things. But it's not going to stop me from sharing it, and my opinion is that High Life is . . . quite interesting, quite good, but never great. I doubt any marketing execs will rush to get a quote from me if they ever make a sequel.

The messy plot revolves around a group of young prisoners on a space mission that is setting out to achieve a number of results. There's a doctor (played by Juliette Binoche) obsessing over creating a child by artificial insemination and, more importantly, there's a black hole to be explored, with the aim of trying to extract energy from it. Both missions have quite an impact on the mental health of those inhabiting the spacecraft, and both missions seem to have a similarly slim chance of success, at various times.

Although there are good moments here and there, Denis spreads them out a bit too thinly throughout the 110-minute runtime. This is a sci-fi film that ultimately isn't that bothered about the true science of the premise, despite the input from at least one qualified expert, but also doesn't do enough with the philosophical side of things to make up for that. Energy, life, youth, punishment, indoctrination, morality, etc, are all explored without any real notion that those making the film have an ultimate point to make.

I would also say that the cast is quite a mixed bag. Pattinson really does well in his role, carrying the film for most of the runtime. There's even a good little supporting turn from André Benjamin AKA André 3000. But those performances are counterbalanced by the . . . varying quality of the turns from Mia Goth, Ewan Mitchell, and an uncharacteristically disappointing Binoche.

There's still enough here to make High Life worth your time, if you have the patience for it. It's a mess, but a mess with some fine ingredients that have been misused by a distracted chef. And the fact that things just get wilder and wilder in the third act, on the way to an effective finale, helps to keep it just above average.

Probably best to check in here for the movie. 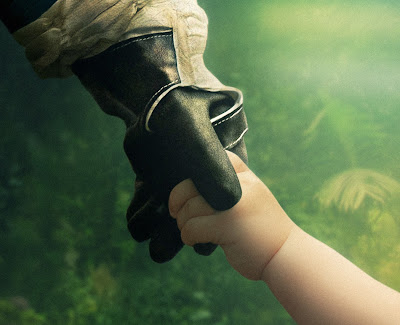