A wander through very familiar territory for horror fans, The Room is a decent reworking of The Monkey's Paw (the W. W. Jacobs tale so beloved by Stephen King) that starts off nice and light, and then gradually be comes darker and more twisted, leading to one hell of a "punchline".

Olga Kurylenko and Kevin Janssens are Kate and Matt, a couple who move into their new home and soon find a hidden room. Not just any hidden room. This one allows wishes to come true. There are catches, of course, but Kate and Matt need to find out what they are. Not before they have a child though, because who wouldn't use a mysterious wish-granting facility to wish for a child before figuring out all of the small print? Things start to seem a bit off, to put it mildly, and then get worse and worse for the new parents.

Directed by Christian Volckman, his live-action directorial debut after years of working on shorts and one animated feature (Renaissance, from 2005), The Room is a film that ends up being pitched in a bit of a sweet spot, for what it is. Volckman also came up with the idea and the screenplay, helped by Eric Forestier, Sabrina B. Karine, and numerous others, and he knows exactly what he has on his hands. This is a film, like many, that feels as if it could easily be an anthology TV show episode. It works better than some, however, because Volckman doesn't fill the runtime with obvious padding. Things get moving quickly enough, you get some lighter moments in the opening section of the movie, and then it takes a turn. And then another. And another.

The more the room starts to be shown as something dangerous, the more it becomes impossible for the characters to easily extricate themselves from the situation, at least not without using the room even more, even as some kind of "holodeck" to bring the outside to the indoors.

Kurylenko and Janssens are fine in their lead roles, if not the best choices. I'll always enjoy watching the former onscreen, because I like her (insert Jim Carrey from Dumb & Dumber impression here - "I like her a lot"), but there's no real chemistry between the two, although that helps in one or two of the more disturbing later scenes. Joshua Wilson is okay as the young child, while Francis Chapman handles heavier material as the older version of the same character.

Wisely keeping the focus on the house, the room itself, and the two parents dealing with their new child, The Room works as well as it does because it's happy to stay focused on a central predicament that it continues to make even worse than you expect. I'll be honest, it took me an extra few seconds to figure out the implication of that final shot, one that helps to raise an entertaining genre distraction into something that bit more memorable. 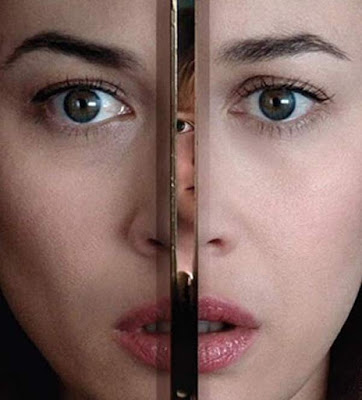