I've fallen behind in my appreciation of the work of Jeremy Gardner, who wrote this movie and co-directed it with his long-time collaborator Christian Stella. Okay, he's only actually directed three full features right now, and I am only missing out on one of them (Tex Montana Will Survive!, also co-directed with Stella, and one I have been meaning to see since finding out about it due to their novel approach to covering costs and then distributing it in various places for free), but his acting performances, and presence within the horror community, means that me even falling slightly behind feels like I am not doing enough to support someone who really deserves it. And Gardner certainly deserves your support.

After Midnight is the tale of a man, Hank (Gardner), left by the woman he loves (Abby, played by Brea Grant). While Abby is away from their home, Hank starts to be visited every night, after midnight, by a monster. It tries to get into his home, tries to attack him, and nobody will believe him. It's a strange tale, after all, and perhaps much easier to accept that this is a call for attention from a man who no longer knows just how his life is going to pan out.

If you enjoyed the fact that The Battery was a zombie film without too many zombies populating it, you should love the fact that After Midnight is a monster movie that uses the monster sparingly, and actually plays out for the most part with viewers unsure if the monster even exists. We see what Hank sees, but what is it that Hank is really seeing? What's easier to believe? That a monster comes along every night to terrorise him while he is alone and fragile, or that his mind wants to give him some strange challenge to distract from his heartache?

Gardner has always done well in the acting department, and has just managed to get better and better over the years. He knows his range, the kind of characters he likes to play don't seem to verge too wildly from a certain type, but he does very well in that sweet spot. Grant is very good in her role, although the plot requires her to make more of an impact with her absence than with her time onscreen. Justin Benson (who also produced with Aaron Moorhead, and it's clear to see why this appealed to them) does well in a supporting role, as does Henry Zebrowski.

If you want something easy and obvious then After Midnight is not for you. It's a film that gives you a monster and then teases you with the fact that it may or may not be real. It's more concerned with what it takes to push the central character on to the next stage of his life, for better or for worse. These kinds of movies are what horror fans should be seeking out, movies that make the most of their resources to craft a story that doesn't rely on the jumps and easy box-ticking that a lot of mainstream horror movies utilise. This is thoughtful, interesting, fare. Sadly, that will put some people off, but those who give it their time and patience will be rewarded, not least by an ending that delivers quite the cathartic experience.

After Midnight is available to watch now on VOD. 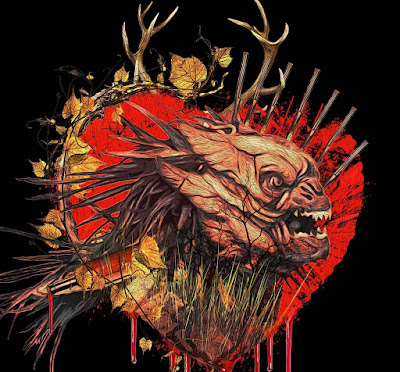