Let me start by saying that The Invisible Man is a good film. It uses the idea of invisibility to make some good points about control, gaslighting, and how a domestic abuser can continue to hold a victim in their grasp even when "not present". That all works well, and makes the material ripe for reworking in this day and age. Unfortunately, things don't hold together too well when it comes to the actual thrills and spills.

Elisabeth Moss is Cecilia Kass, a young woman we first see trying to make a stealthy getaway in the middle of the night. She's drugged her partner, has prepared an "escape kit", and is desperate and afraid. Helped by her sister, Emily (Harriet Dyer), Cecilia then stays with sone friends, Sydney Lanier (Storm Reid) and her father, who also happens to be a cop, James (Aldis Hodge). Scared to go outside, scared to be found by her partner, and generally unable to move on with her life, all seems to be looking up when it turns out that someone has stupidly managed to shuffle themselves off the mortal coil. Cecilia is in line for a lot of money, as long as she doesn't commit any major crime, but she can't quite shake the feeling that she is still being watched, still being messed with, and still being controlled. The title of the movie may give you an idea of whether or not her suspicion is correct.

Written and directed by Leigh Wannell, a man who knows how to use genre trappings to tell a wide variety of stories (including his previous film, the impressively bloody sci-fi action fun of Upgrade), The Invisible Man is worth celebrating for the fact that it manages to diverge from the classic interpretation of the material without feeling as if it is disrespecting the legacy of the character. The metaphor may be more pointed this time around, but that doesn't mean Wannell stops delivering a lot of enjoyable spectacle. The first half of the film feels like a lot of build up, with negative space used expertly as Moss starts to worry about her safety, even when everyone else is telling her that she has nothing to worry about. And then it's all fun effects sequences through to a surprisingly satisfying finale.

Unfortunately, those moments see an invisible killer in the middle of many people who have guns. And ALL of those people turn all around with their guns drawn without once firing the damn things. I know, I know, you wouldn't fire a gun if you couldn't see anything in front of you and your colleague was in the line of fire, but people are quickly out of harm's way, usually after being thrown around or wounded by the unseen attacker, and no character trying to shoot once just becomes more and more annoying. That may not seem like a big deal, and I am sure some can easily overlook it, but it undermines the payoff after such a well-constructed first half.

Moss is very good in the lead role, a bag of nerves after spending years held prisoner by her abuser, and she does well in the many times that have her reacting to what is simply empty space. Of the supporting players, Hodge stands out as the cop and ally who you can't blame for finally considering that events have driven the lead character to madness. Oliver Jackson-Cohen is the abusive partner, and his screentime is understandably limited, while Michael Dorman gets some great scenes, playing his brother and another victim, but one who may also have helped to enable the great invisibility scheme (if he has a clue about it).

The good does outweigh the bad here, but it's a closer call than you might think. It sometimes just takes the smallest details to throw everything off balance, and that is what happens with The Invisible Man. It's very good when it uses the idea to show how domestic abuse can change the life of someone forever, and then it starts to falter when it should be more easily entertaining in the third act. Not bad at all, and Wannell keeps proving himself a valuable contributor to genre cinema, but not quite as good as some are making it out to be. 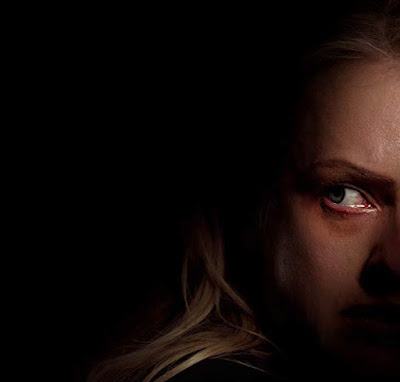